New study shows carpeting can be good for allergy sufferers.

In January 2014, a study was released in the United States that should put an end to any doubts cleaning professionals, carpet consumers in the residential environment, health care professionals, educational facilities, building owners,  and facility managers have about carpeting and indoor air quality. According to Dr. Bruce Mitchell, chairman/CEO of Airmid Healthgroup (which conducted the study), the findings of this nearly 200-page report “Challenge the long-held belief that carpet adversely impacts indoor air quality (IAQ). [Instead], effectively cleaned carpets have the capacity to trap allergen and microbial particles,” Mitchell continued, “making these particulates less available to become airborne and thus maintaining [enhanced] indoor air quality.” 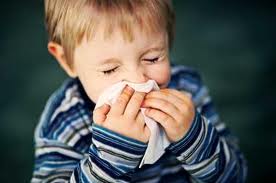 Mitchell goes on to add that these results will be very good news to the parents of children who suffer from respiratory ailments, including asthma.  It is also good news for educational and other facilities that have long debated the benefits or drawbacks of carpeting as it relates to air quality, allergens, and health. In fact, this study’s conclusions may very well likely impact the flooring industry around the globe.

The History of the Debate

Sweden began removing carpets from government controlled facilities throughout the country more than 30 years ago. They believed that hard surfaces would contribute to a healthier indoor environment. Soon, the same thing happened in many areas of North America. Health Care, education and government facilities also began removing carpets, as did many other commercial facilities as well. Many websites and educational publications representing physicians and medical experts in the areas of allergy and asthma also took to the task of recommending carpets be removed from homes where children or immuno-compromised adults lived.

The reason behind the removal of carpets and the installation of hard surface floors was concerns that allergens of all types, including dust mites, molds, bacteria, germs, and other contaminants, would become lodged in the carpet’s fibers and are then released into the air as foot traffic occurs. In fact, in its recommendations on flooring and allergies, the Mayo clinic website still states: “Flooring. Remove carpeting and use hardwood or linoleum flooring or washable area rugs.”

However, follow-up studies by the Carpet and Rug Institute (CRI) disputed these studies and stated that there was actually an “inverse relationship” between the installation of carpeting and an increased occurrence of allergic reactions. In fact, CRI had found that as carpeting is removed, allergic reactions among building users actually increase—hardly what you would expect if carpeting contributes to poor IAQ.

While CRI is certainly a respected organization, some parents and school administrators may have taken their findings with a grain of salt. After all, one of their key roles is to support the carpet manufacturing industry. However, it was not long before the Institute’s findings were backed up with some undeniable facts and figures. A Swedish study (and we must remember this was the same country that first began removing carpets from schools and other facilities) found that as carpet sales declined in Sweden and carpeting was replaced in many facilities with hard surfaces, the occurrence of allergic reactions dramatically increased.

This report, which was released by the Swedish Institute of Fiber and Polymer Research, found that in 1973 there were more than 15 million square meters (M2) of carpeting sold in Sweden and the number of people reportedly suffering allergy problems in the country amounted to about 1 million. By 1990, nearly 30 years later, only about 5 million M2 of carpeting were being sold in the country, yet the number of people reporting allergy problems had jumped to nearly 3.5 million.
Reviewing the 2014 Data

It can be hard to dispel misconceptions once they spread—especially if they involve children and their health. This has certainly been the case when it comes to carpeting and IAQ. While a variety of studies seemed to indicate that carpeting actually improves IAQ, the idea that carpeting led to increased risk of allergies among children appears to have had a life of its own.

The results of a 2010 study conducted by Airmid Healthgroup, a leading research organization, were released earlier this year.** The study was termed a “definitive work” comparing the indoor health impacts of carpeted versus hard-surface flooring. Introducing the study, the Airmid researchers began by saying that historically, “many medical, educational, and patient bodies have arrived at the conclusion that carpets…represent a health hazard to individuals, especially those with asthma and allergic diseases.”

To see if this is true or not, the researchers built test facilities based on American Society for Testing and Materials (ASTM) specifications that allow for complete control over all indoor environmental conditions. The tests involved nine different floor plans or rooms: one room with a hard floor surface and the others carpeted with different materials as well as carpeting of different weights and piles.

Allergen test dust was applied to all floor surfaces. The rooms were allowed to equilibrate overnight before testing began. Then, after normal room disturbances and cleaning, airborne particulate counts as well as surface and allergen measurements were undertaken for each room type.

After performing their tests, among the conclusions the researchers reached are the following:

The results tell us that the carpets, especially 100 percent nylon carpets which are a common type, acted as a reservoir, capturing and trapping allergens and reducing airborne allergen levels overall in the rooms when compared to the hard-surface floor. In other words, the carpets would help reduce allergic reactions, not cause them.

While the researchers concluded that carpets do help protect health overall, they added that in order for carpets to continue doing this, they must be properly maintained. According to the report, “the findings also reinforce the desirability (or need) of regular carpet maintenance. [This includes] frequent vacuum cleaning and intermittent use of steam or water-based cleaning systems.”

As to vacuuming, the recommendation is to use machines with advanced filtration capabilities. This means that a filter, such as a HEPA filter, has been placed over the machine’s exhaust, helping to prevent dust and potential pathogens from being released into the air.

embedded soils and contaminants, helping to prevent them from becoming airborne.  According to the researchers, “results show that the proprietary hot water extraction cleaning process was highly effective in reducing allergen levels in carpets and soft furnishings. Surface levels of dust mite allergens on carpets, for example, were reduced by 91 percent, of cat allergen by 95 percent, and of dog allergen by 97 percent. The cleaning process also resulted in a marked reduction in airborne cat allergen exposure. The process also effectively reduced exposure to airborne mold.”

While most cleaning professionals and building owners/managers can understand why high-performance vacuum cleaners are necessary to keep carpets clean and healthy, fewer may understand why “hot water” carpet extraction is so essential. Studies going back more than 100 years have proved the importance and value of using heat when cleaning. Hotter cleaning solution increases the chemical molecular activity of the cleaning chemical you are using (including water). This basic chemistry concept can be confirmed in basic science concepts by the Argonne National labs (http://www.newton.dep.anl.gov/askasci/gen01/gen01759.htm) . Increased chemical activity means you will need to use less chemical to clean. Dr. Michael Berry, author of the book Protecting the Built Environment: Cleaning for Health, found that heat simply improves cleaning’s effectiveness. “Even without soap, small amounts of grease will dissolve in water, [but] the amount increases in hot water, sometimes ten-fold,” he says.

Hotter cleaning solution contributes to a healthier indoor environment.  Dr. Michael Berry and his associates, on behalf of the United States Environmental Protection Agency, did two groundbreaking studies measuring the impact of deep restorative carpet cleaning (utilizing hotter cleaning solution) in 1991 and 1994. The “Denver” Study in 1991 and the “Frank Porter Graham” Study in 1994 greatly advanced our understanding of the interaction between cleaning and the indoor environment. The “Denver” Study mainly looked at whether they could actually even measure particulates, gas phase organics, and biological contamination in carpeting before, during, and after carpet cleaning. The “Frank Porter Graham” Study was a collaborative effort that involved participants from the cleaning industry utilizing “best industry practices” and deep cleaning methods for on-going cleaning and maintenance in a Child Development Center on the campus of the University of North Carolina at Chapel Hill. Airborne dust contaminants were reduced by 52%. Total Volatile Organic Compounds decreased by 49%. Total bacterial was reduced by 40%, and total fungi declined by 61%

Other potential benefits of using hot water go beyond just cleaner carpets. Hotter cleaning solution also contributes to faster evaporation of residual moisture resulting in faster drying of the carpets and reducing “downtime.” Synthetic and wool carpet fibers tend to regain their original “fluff’ and “resilience” when a hot-water carpet extractor is used to clean the carpets. While this does not impact the health benefits of carpeting, the “like new” appearance of a carpet after it has been cleaned using a hot-water extractor is of great importance to many commercial and residential customers.

Only time will tell if this latest scientific study will help consumers and managers realize the key role carpets can play in keeping indoor air clean and healthy. It is undeniable that people are more concerned than ever about the health of the facilities in which they live, work, and play. With this in mind, more consumers and managers will realize there is little value in turning to myths when it comes to protecting human health, instead choosing proven science as their guide.

By Doyle Bloss and Robert Kravitz

« Help us make it five years in a row! » my recent trip to Death Valley 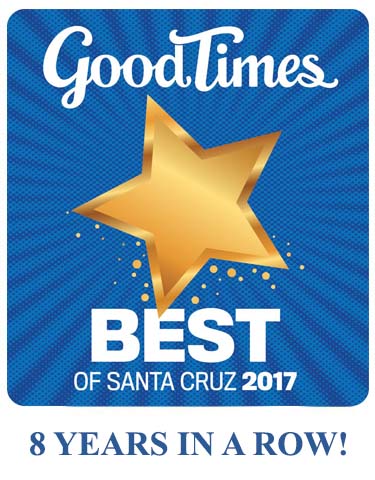